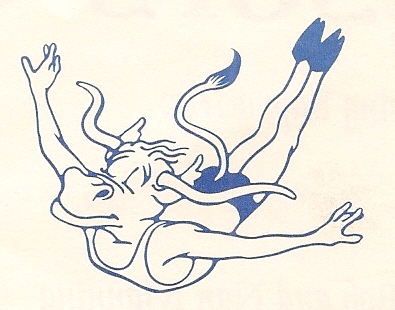 Dear WETS,
Here we go Longhorns!!! Championship season is upon us, and so are the EYES OF TEXAS! It has been a fantastic season for both men’s and women’s teams, and we encourage you all to continue to follow and cheer on our swimmers and divers. Here is the schedule and some links.

These meets are always exciting to watch and especially for those of us that will be on hand. Those of you that ordered tickets in the block; we will let you know when those have been confirmed and how to access them. Darrell Fick will be at both meets and will be coordinating any extra session tickets that might be available and letting us know about any socials.

WETS DEW$
Longhorn Swimming and Diving is something we are proud to be a part of. WETS appreciates your donations to keep us afloat and promote Longhorn Swimming and Diving past, present and future. Thanks to these HEROES … we have set a record for the most donors ever. If you don’t see your name and want to be included, please join these great folks and DONATE HERE!

Here are our top suggested ways to financially support Texas Swimming & Diving:
#1 WETS limit your contributions to WETS to no more than $100.00 so you can give where it truly counts.
#2 Texas Swimming and Diving through the Longhorn Foundation:
1. Select Gift Designation: Athletics, Intercollegiate for Men and Women
2. Further designate to: Outdoor Pool or Texas Men’s Swimming and Diving Legacy Fund

If you would like to donate to our scholarship support or our current top funding priority, the Outdoor Pool Facility… please contact ">Billy Humphries, 512- 471-2433. All your gifts are 100% tax deductible and every cent goes to support a current student-athlete making the same ripples you once made on the 40 Acres. We challenge you – UT Men’s & Women’s Swimming/Diving alumni – to have the highest participation percentage of all Longhorn sports. Any amount is helpful, and participation is crucial. We’re off to a great start!

We appreciate your consideration in supporting Texas Swimming & Diving!

A wonderful way to honor great Longhorns and other aquatic legends is through The Texas Swimming and Diving Hall of Fame. The TSDHOF is very appreciative of the support from WETS and the many Longhorns who support the cause of preserving the past to ensure the future success of aquatics in Texas. Since 2008 the organization has honored more than 50 aquatic legends. On April 8th a new class will be honored including Longhorn great Bryan Jones. He was a 15-time Big XII champion, five-time NCAA champion, and a 22-time all-American. He served as team captain of the 2000 Longhorn’s NCAA Championship team. He will be joining Ryan Berube, Wayne Chester, Susan Spice Nelms and Roger Graham. The Panther Boys Club and other Fort Worth teams will be honored as well. Learn more about this event and reserve your place for this fun event HERE! Be sure and visit the website or museum on the mezzanine level of the UT swim center on your next visit. Former Longhorn Peggy Hollar Little is supporting the TSDHOF with her time and expertise in getting information out on social media, so be sure and follow all the news as it comes out!

We enjoyed a record number of alumni returning for our fall reunion and are already looking forward to our 2022 event and the return of the Frank Erwin Awards that honors great contributors of Texas Swimming and Diving. Plans are in the works for another chance to dive into the new outdoor pool, socializing and the Longhorns opening day game against University of Louisiana Monroe. In the meantime, please help Frank Erwin Awards committee chair, Debbie Risen Hurwitz by nominating worthy candidates you feel have contributed significantly to Longhorn Swimming and Diving. More information about the award, past recipients and a nomination form can be found Here!

WET SPOTS: This Fall the CSCAA, on its 100th anniversary, came up with a list of the top 100 swimmers, divers, and coaches of all time. A blue-ribbon committee of coaches, swimmers and media members whittled down the list of thousands. The list includes eight men, seven women and seven coaches from Texas. Founded in 1922, the College Swimming and Diving Coaches Association of America (CSCAA), is the nation’s first organization of college coaches. The mission of the CSCAA is to advance the sport of swimming and diving with coaches at the epicenter of leadership, advocacy, and professional development…. One name that should have been on the list is Mike Brown. Brownie announced that he is retiring after this season at the University of Hawaii. During his career, which began in 1976, he mentored 29 all-Americans, 18 U.S. National Team members, and five Olympians between UH and Texas. At the same time, he served as a coach for 14 national championship squads and 37 conference championship teams. He also coached nine different national champions between his two coaching stops. Brown was named CSCAA NCAA National Coach of the Year three times. Matt Scoggin says; “Brownie was the best coach in the business. Cheers to mike and Anita for an incredible coaching career!” He touched so many of our lives with his talent, love, and enthusiasm. We are forever grateful…… The man who brought Mike Brown to UT in 1976, Pat Patterson, has a nice tribute to him and lots of great Longhorn swimming history on the TLSN website created by Billy Dale, The History of Longhorn Sports…… More honors for Eddie, as he was given the very prestigious Lifetime Achievement Award from the ISHOF. The award has only been given out four times previously. He was there with Brendan and Aaron and was the only one who shaved down for this event. He was fortunate to be in Fort Lauderdale to celebrate the induction of Brendan Hansen as well as ISHOF Masters inductee Clay Britt. Here is a recap of the 2021 ISHOF Induction. More honors were given out this fall in Austin… Congratulations to Clay Britt, Jessica Livingston Gibson and Tobie Smith as they are part of the 10 members of the 2021 class of the Texas Athletics Hall of Honor. The evening will also honor Longhorn star Erica Hansen-Stebbins from the 2020 class. Clay had big group of former teammates on hand for the event…… Finally, you may have heard that our loyal, dear friend and famous PA announcer Sam Kendricks is battling a rare form of cancer, and prayers is all he is asking for at this time. Here is an article about Sam on Swim Swam. Although he will not be announcing the Big XII or NCAA meets for the first time in many years, if all goes as planned Sam and Shay plan on being at both the Men’s and Women’s NCAA meets in our Burnt Orange section. Hook’em